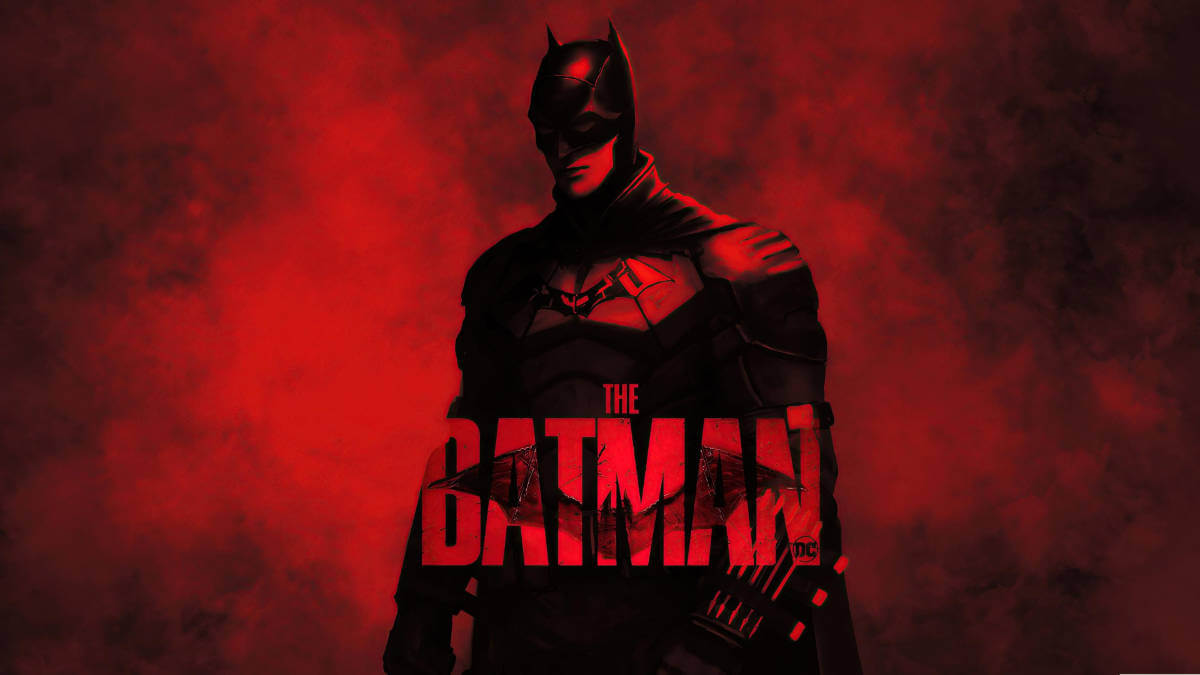 Same Gotham, different Batman. I came into watching The Batman with some cautiousness, unsure about Robert Pattinson taking up the helms of the Bat, yet open to see not only how he fares in Matt Reeve’s latest depiction, but also how the story unfolds on the streets of Gotham. Even with an air of cynicism, I cast those comparisons aside to make a judgment on the 3-hour film without bias.

From the outset, it’s easy to see this is Batman like no other – a noir, mysterious and gritty side of Gotham unseen. This is The Batman reinvented, old villains reimagined and a city revisited to rear the ugly face of corruption, injustice, hypocrisy…. and vengeance.

This is Gotham as we’ve always seen it – a bleak future with dark clouds hanging over it, and no sense of crime letting up. Matt Reeves’ depiction of Gotham is framed like a noir, a retro familiarity faced with murder and mysteries that need to be answered. The Batman crosses over genres as it feels more of a thriller than we’re used to, putting on a detective hat to solve the riddles and murders addressed on a card ‘To The Batman’.

Darkness, moody lights, constant rain, mellow tones and a sombre mood constantly hang over the city, absent of any flashiness, riches and vibrancy. It’s a noir film by the book and creates the perfect backdrop, to sum up, the conflicted, toxic landscape Gotham finds itself in. The cinematography is cohesive and helps immerse into the bleakness of Gotham, a well-executed storytelling mechanic that at times you can’t help but be in awe of.

This is a Batman that strays away from heavy action, but instead offers well-timed choreography of sequences that are intense, profound and visually well-captured. The angles, movement and depth of perception really embrace and create iconic moments that leave you talking about them afterwards like the muzzle flash gun scene at point-blank or the highway car chase with Penguin.

Batman and Bruce Wayne – much like separate personas of superheroes – are not too different in The Batman (2022), driven by a sense of vengeance to rid the city of crime, and a heart closed off to the world that doesn’t know how to love. There’s no duality of lifestyles here as we see a Bruce who abandons his family riches, obsessed with bringing vengeance to thugs and criminals rife on the streets. Bruce is secondary to Batman, spending most of his time in the shadows but finds himself in the crosshairs as fate intertwines.

Usually, there’s a screentime split and separation between seeing Bruce and seeing Batman, but not this time… the figures blur into one to discover more about themselves as they’re forced to face their fears. Within the realms of the narrative and the noir-esque nature of the film, Robert Pattinson executes a formidable impression and presence as the bat and an obsessed yet fragile Bruce who shuns the glitz and responsibilities of Wayne enterprises.

As Batman, he moves with purpose, questions with intent and speaks with audacity. As a man who speaks for vengeance, his actions speak for themselves. Whether Robert Pattinson’s portrayal is regarded in the upper echelon of Batman’s legacy remains to be seen, but he certainly makes an impressive case with a masterclass performance that fits and gels oh so well in The Batman (2022).

Riddler for the Times

The noir and atmosphere of Gotham really root everything in place and that includes the modernised take of Riddler. Gone are the saturated green spandex, question mark pattern and Halloween party mask of the old, and it is the psychopathic, disturbing, and sadistic contemporary villain. Paul Dano breathes new life into a retired foe, fit for purpose to stand against Batman once again. He reeks at a reclusive, creepy online troll who feeds off attention and to some extent, an undertone of incel behaviour.

The psychotic and disturbing Riddler presents a challenge to Batman in ways we’ve not seen, all while utilising the power of social media and virality to create hostility and scandals after scandals after scandals. The Riddler edges on the boundaries of reality, improbable… but not impossible. He’s defiant, audacious, calculated and a sensational shock to the system, encapsulated by Paul Dano’s mesmerising display.

Catwoman played by Zoe Kravitz offers a lifeline to the character as she comes into her own and really seizes the moments to feel substantial throughout The Batman. Catwoman feels empowered and uplifted versus the subdued and cameo bit-part versions of other Batman instalments. It’s refreshing to see her play a bigger part which is tasteful, in-tune and impactful to the timeline. The cast really comes together to bring a strong narrative to The Batman, although I wasn’t as convinced with Falcone and his supposed imposition on Gotham City.

The new face of Gordon played by Jeffrey Wright helps move the needle in the investigations with real vigour and tenacity. His connection with Batman shows a redefined relationship and trusted bond, albeit against the current of Batman’s vigilante status among the rest of the police force. It took some time for me to warm up to Gordon, as the noir ambience and very distinct, slow-voice jarred me a little. His clunky dialogue felt unnecessary before shaking off the lines to speak naturally later on, but I thoroughly enjoyed his comradeship with Batman as time went on.

I must admit, I was taken aback to see The Batman (2022) a near 3-hour long film, although I was intrigued to see what that would be filled with. For me, the 3-hours felt nicely balanced between pacing and substance – the journey never felt overbearing compared to other films that push the 3-hour mark, generally because the film had good pacing throughout, and offered substance to reward our patience. I felt invested in seeing how the journey would pan out, the characters, the world, the interactions. And by the end of it, the 3-hours were well worth the time. There aren’t many films that have been able to achieve that kind of reaction from me.

A noteworthy mention is the sound effects and music used to perfection for ambience, mood, emotions and tension. The modernised take on The Batman song is an absolute masterclass.

The Batman (2022) captures a Batman who isn’t so dissimilar from Bruce Wayne. Robert Pattinson delivers an admirable performance and embodies a Batman in tune with Matt Reeves’ vision of the Bat and a gritty Gotham. It’s different from Christopher Nolan’s depiction that comparing The Batman (2022) from other instalments feel unnatural and undeserving because they frame the Bat and Bruce to their story’s strengths. But what I can say about this year’s film is its excellent cinematography, immersive and well-embodied noir, mysterious atmosphere and a cast that reinvigorates the world once again to highlight the dark attraction and flair of the Bat. No doubt, The Batman is THE must-watch film in 2022. 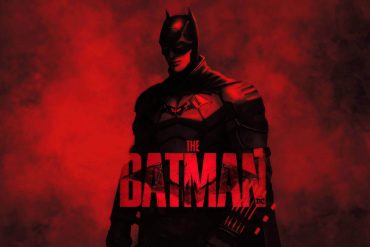 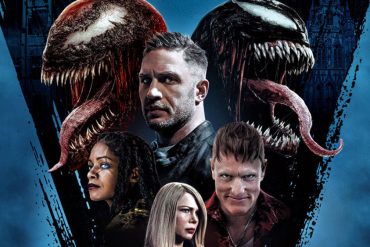 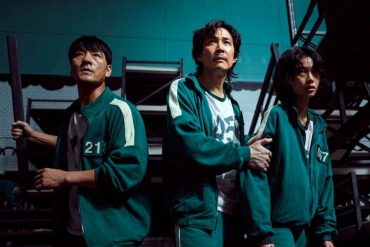 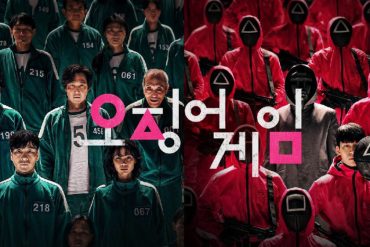 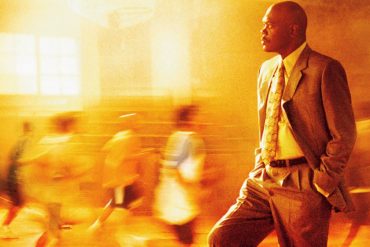 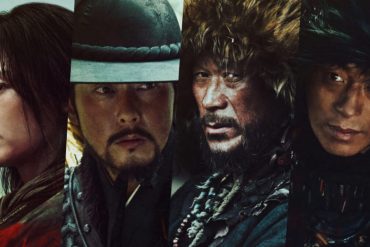 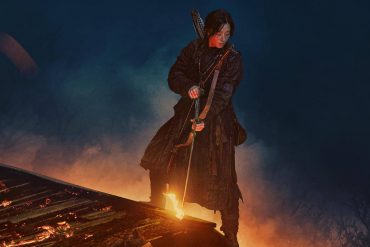