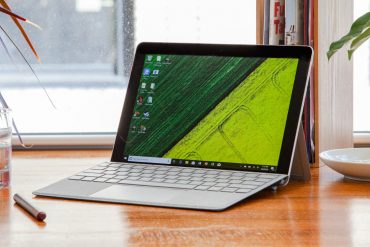 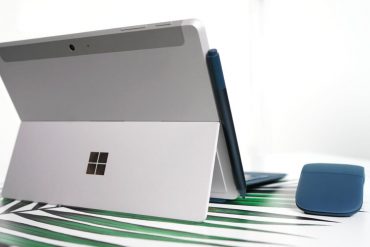 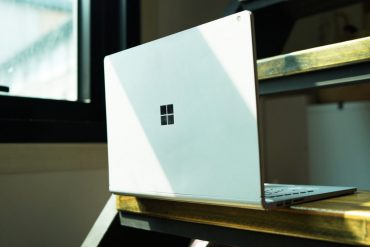 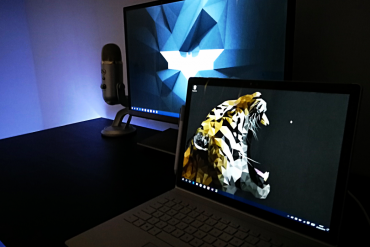 Dear Surface Book, Can We Still Be Friends? (5 Years Later) 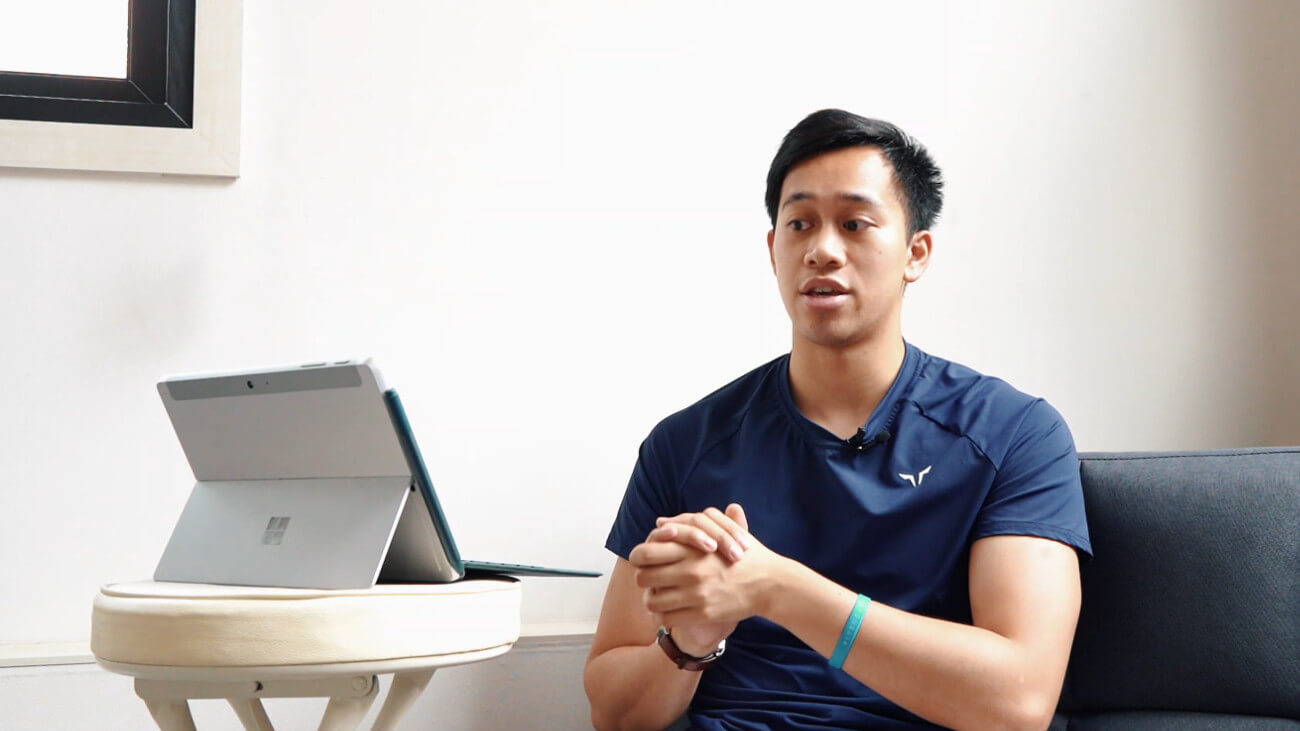 Let’s Talk Microsoft Surface Go 2: Should You Buy It?

Weighing up the options, iteration and family

As I was about to call it a night, setting my alarm for the next morning at just after midnight, I quickly checked my email. Most of them were non-essential, but there was one in particular that caught my eye – Microsoft had officially announced the Microsoft Surface Go 2, Surface Book 3, Surface Headphones 2, and FINALLY The Surface Earbuds. I was eager to check out the topline headlines before diving into the technical as an existing Surface Go and Surface Book original owner. Focusing on the Surface Go 2, whether you own the predecessor, currently deciding on a lightweight PC that meets your needs, or stuck choosing between the Surface family, the biggest question is: Should You Buy it? Here are my thoughts with all the things finally official. 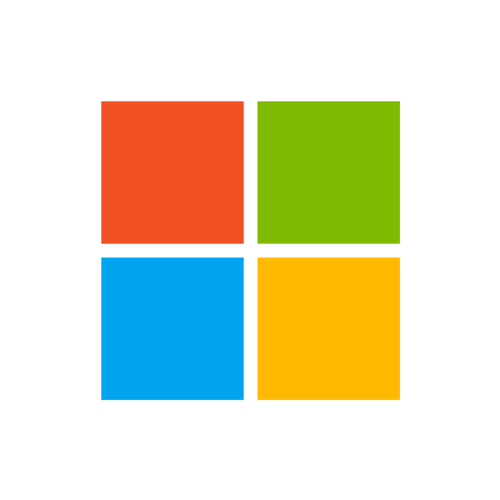 For pretext, I bought the Surface Go as a secondary device – more travel-sized, super lightweight, and capable enough to take with me anywhere without the bulkiness and heft of my Surface Book, whether that’s on shoots, cafes, or travelling. It’s much easier for me to be productive writing on a device that doesn’t feel quite so tedious to setup while reducing the weight on my shoulders among my other everyday carries.

Like many others, the difficulty between whether the Surface Go is suitable enough for my needs vs the Surface Pro series was tough, each with specific purposes that slightly blur, sharing some similarities to an extent, besides the price. If you haven’t yet, I recommend watching my video from when I first bought the Surface Go, sharing my thought process decisions and weighing up the options, before choosing the Surface Go… even touching on the fact the Surface Go 2 may be on the horizon.

Now that you’ve watched it, the Surface Go 2 HAS in fact arrived, after much rumours and speculation, though I had little doubt it WOULDN’T be announced. It serves a particular niche and satisfies the needs from students to professionals or even budget-conscious consumers wanting a premium hardware experience.

So that leads me onto the Microsoft Surface Go 2… what’s new?

In a nutshell, this is an iterative version with some nice upgrades. Much to my predictions, the biggest upgrade is the processor – while the Surface Go 2 continues to be served in two models like the original Surface Go, the higher-end model is outfitted with the Intel Core m3 processor. It’s a dual-core processor but runs MUCH faster than the Intel Pentium Gold found in the first generation, up to 64% faster in fact (quoted by Microsoft).

That same processor was actually used in the Surface Pro models as the more affordable entry level option to consumers, ditched in the Surface Pro 7 series and making it’s way to the Surface Go 2, which makes a whole of sense. The Intel Pentium Gold runs basic work tasks, light photo editing, streaming and media consumption smooth, but struggles when you just need a little bit more juice. The Core m3 gives extrs headroom to dabble into some light video editing with the least demanding software and just generally more power when needed for a fluid experience.

Anything else that’s changed? Why yes, as a matter of fact, the hardware has slightly changed too: the Surface Go 2 is now fitted with an increased 10.5″ PixelSense display, 0.5″ larger than the screen on the first generation. That, within the same dimensions as the bezels have shrunk is something I would hope too. The tech and performance of the screen are still the same and holds the same 3:2 aspect ratio, however, you get an improved 220 PPI, thanks to the now Full HD 1920 x 1080 resolution. Things will look a little sharper and crisper.

Otherwise, you’ll get the same MicroSD card slot under the kickstand that opens to the same degree, the USB-C and Surface Connect port, Windows Hello security with the front and rear webcam, and a screen wrapped with slightly more modernised, slimmer bezels. The model configurations are the same when it comes to RAM and storage, with the base model fitted with 4GB RAM/ 64GB eMMC storage which is underwhelming as they continue using the much slower storage option. The 8GB RAM/ 128GB SSD is still present in the top model which is a good thing, it provides enough memory for many programs to be opened and fast storage to playback and work with.

Battery life is quoted 10.5 hours which is the same as the original Surface Go, but also means it’ll last a below-average 4/5 hours of use which is what I get with the first generation Surface Go. I was hoping this would be much improved as that is what makes the Surface Go so compelling, but I get by with my USB-C cable and powerbank to stay away from wall plugs.

So with the Surface Go 2 refreshed in 2020 with upgrades that do little to push the envelope in terms of innovation, but builds on an excellent foundation that is the Surface Go, the next question is: Should you buy it?

No Remorse But Inking

I invested in the Surface Go, knowing the Go 2 may launch sometime this year. And with everything out of the gate, I’m 95% as satisfied now as when I bought the device a couple of months ago. The speed performance on the original has been really great, handling many simultaneous photos open in my editing software, multiple tabs in the Microsoft Edge browser (the Chromium build, it’s incredibly lightweight and fast), and touch experience. That is based on my 8GB RAM/ 128GB SSD model.

The 5% that is missing from my satisfaction is that the original Go struggled with being a truly capable inking machine. The Surface Go 2 will improve this as the extra performance means less lag. Artists will find the extra performance helpful to inking or designing a much better experience as the original suffered serious lag on fast strokes, too slow to render and trace your pen movements for accuracy to the highest degree. So for the majority of Surface Go owners, though the fundamental experience hasn’t really changed, fans of the Surface Go wanting more breathing room in performance will enjoy the upgrade. And for those less into having the latest, you can be content in knowing the original Surface Go is still an excellent device in 2020.

For artists enjoying the Surface Go but find themselves underwhelmed with inking on it, the Surface Go 2 is very much worth considering for that Intel Core m3 processor and slightly increased screen estate to work with. If the Pro is a little too big and you like the sweet spot of the Surface Go’s compactness, then the overall experience will be enhanced on the Surface Go 2.

I’ve answered a few of these questions on my YouTube video and I know many will be wondering how does the conversation change now that the Surface Go 2 is official. If you need more performance than the average person to run editing of any sorts and specific software, than the Surface Pro 7 (or series) is for you. It costs the most, but the power upgrade is HUGE over the Go and Surface Go 2. It loses a little of it’s agility with a larger 12″ screen and hardware footprint, but is still miles more compact than other full Windows 10 PCs out there.

The Surface Go 2 is that bridge between the Go and the Surface Pro, giving you that extra oomph in performance for more flexibility and future-proofing while retaining the lightness, compactness of the Surface Go. it’s slightly bigger but will still feel more agile than the Pro series and is cheaper than the Pro too. The inking experience will be better due to the extra horsepower and more screen estate for desktop software to breathe a little more as it can feel cramped on the first generation.

Is the original Surface Go still worth it? I think very much so. It holds up after 21 months since release, providing an excellent travel-sized full PC experience. Lightweight, capable for a wide range of productivity tasks and even emulators like Bluestacks run smoothly with a very satisfying touch screen experience. I prefer taking it with me to write in cafes, and find the tighter keyboard layout on the smaller device easy to type with and even improve my productivity. Battery life is middling but pair it with a USB C cable and quality powerbank, you won’t need to find a seat next to the power plug. I’ll be sharing my final review of the Surface Go soon, but in terms of experience, you can find an excellent one in the first generation.

A Change in Price

Then there’s also the price. With the slightly larger screen and much faster Intel Core m3 processor, the starting price of the higher tier Surface Go 2 is actually more than expensive than the first generation I have. My original Surface Go 8GB / 128GB SSD model was priced at $449, whereas the Surface Go 2 Intel Core m3 with the same 8GB / 128GB SSD launches at $529. That’s a difference of $80 USD without the essential Type Cover keyboard. That would cover the majority of the Type Cover cost of the Surface Pen if you need it (which is optional). When you add the likelihood of Microsoft running sales on the original Surface Go to make way for the new model, you’ll probably be able to buy the Surface Go 128GB SSD + Type Cover for the same price as the standalone Surface Go 2 Intel m3.

If you only need to do the basics and want a more complete package, then the original Surface Go will more than suffice. But the Surface Go 2 improves on the excellent experience further, with more refined hardware, a much-welcomed specification bump n screen resolution and performance, while retaining Type Cover Keyboard legacy compatibility and that small footprint that makes the Surface Go and the Surface Go 2 special.

For disclosure, I may receive a commission if you make a purchase through these links at no cost to you. They in no way influence my own opinions and review towards the product or service. As the sole individual creator, this helps support my work to keep producing quality imagery, videos, articles. 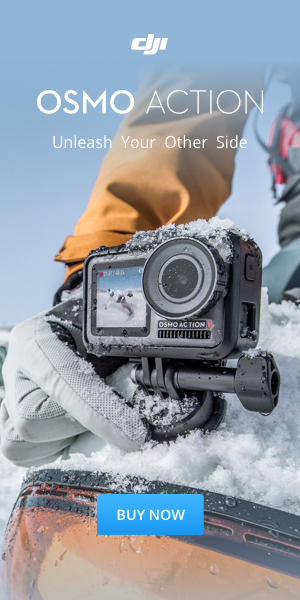 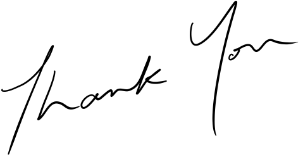 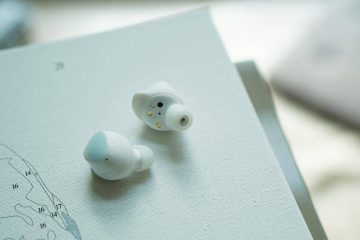 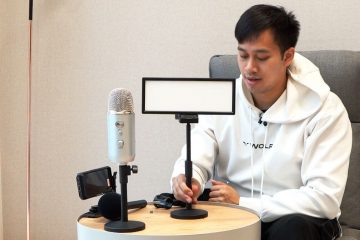 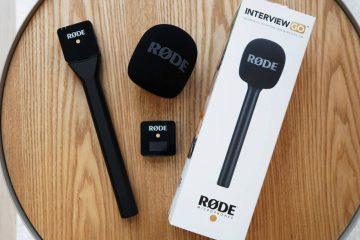 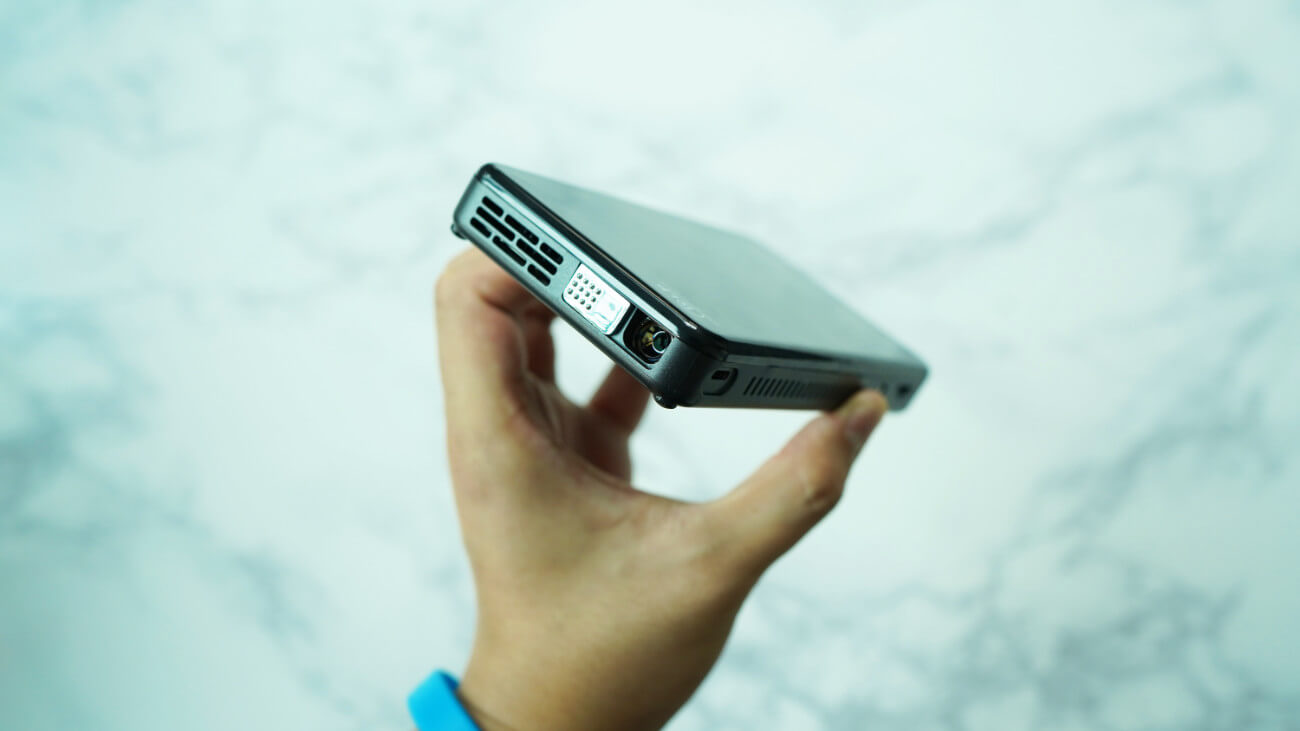 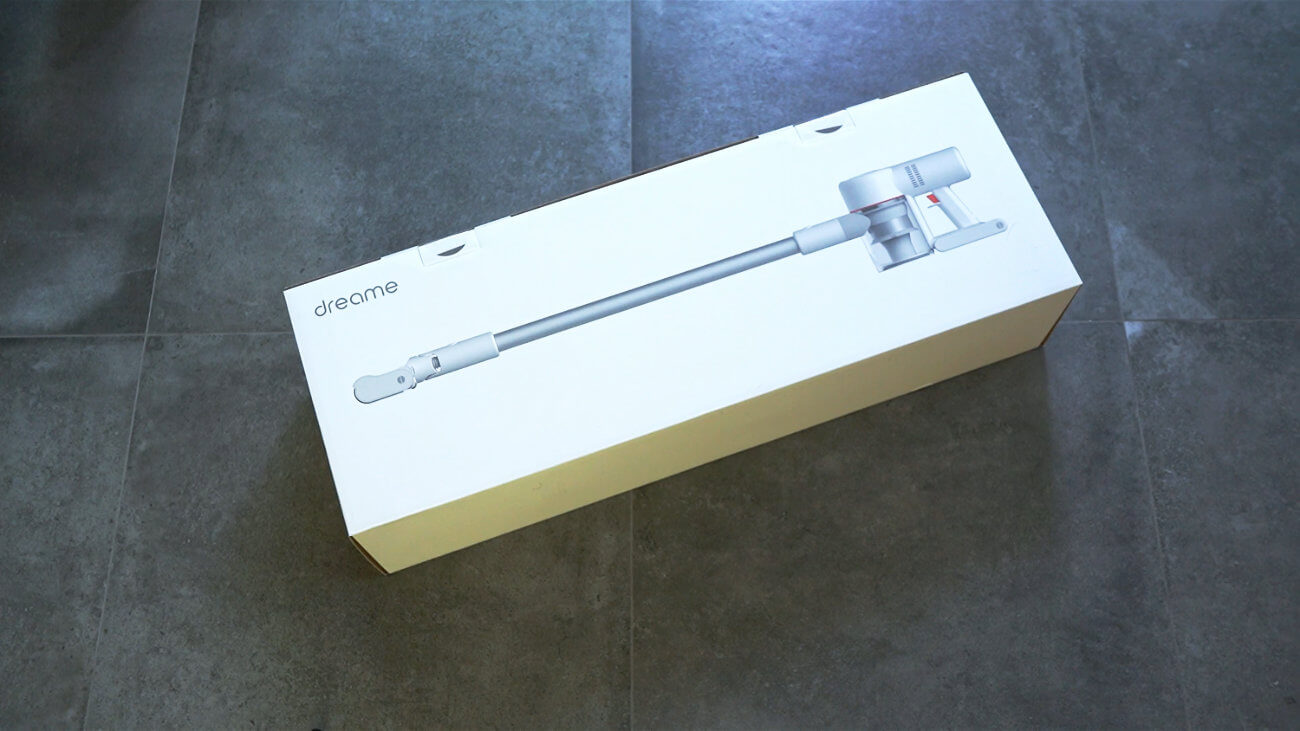 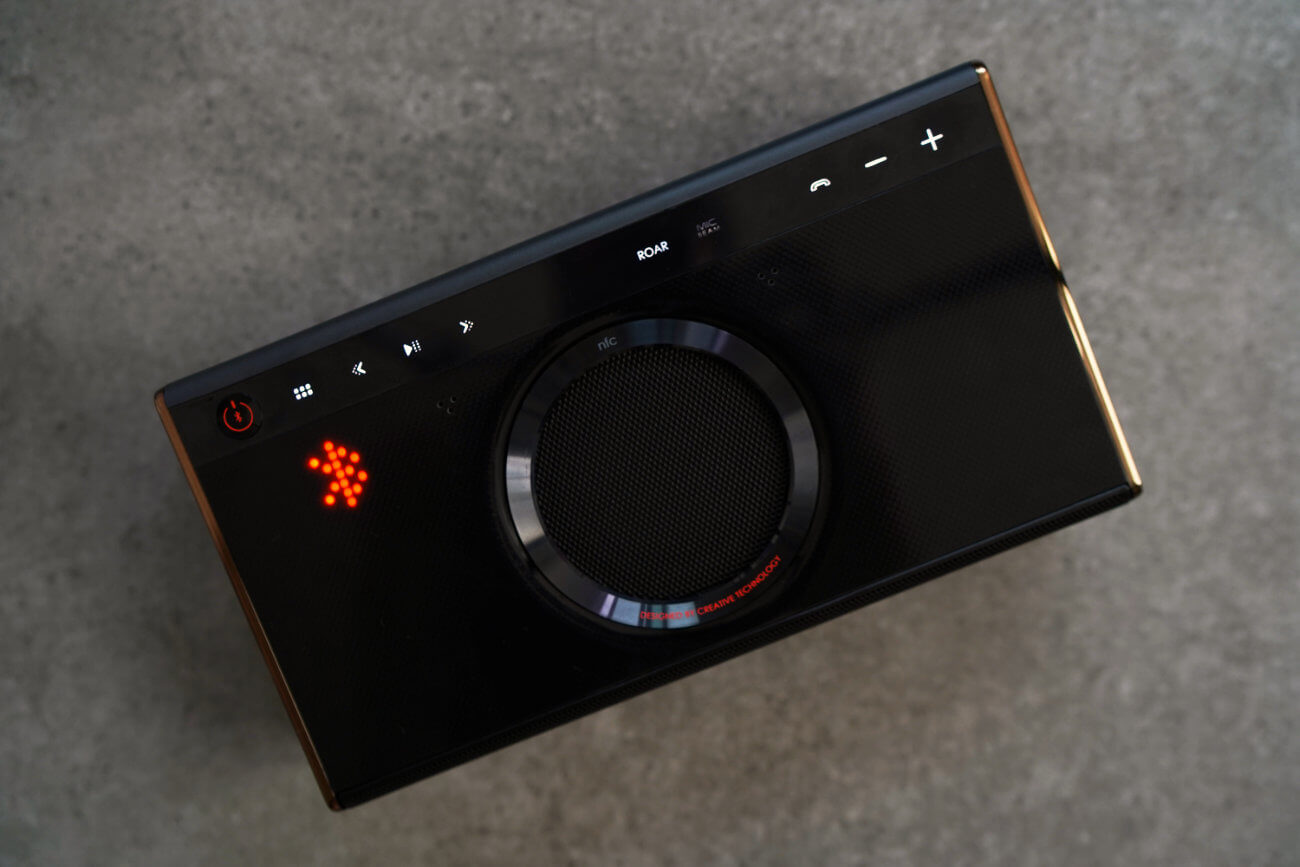 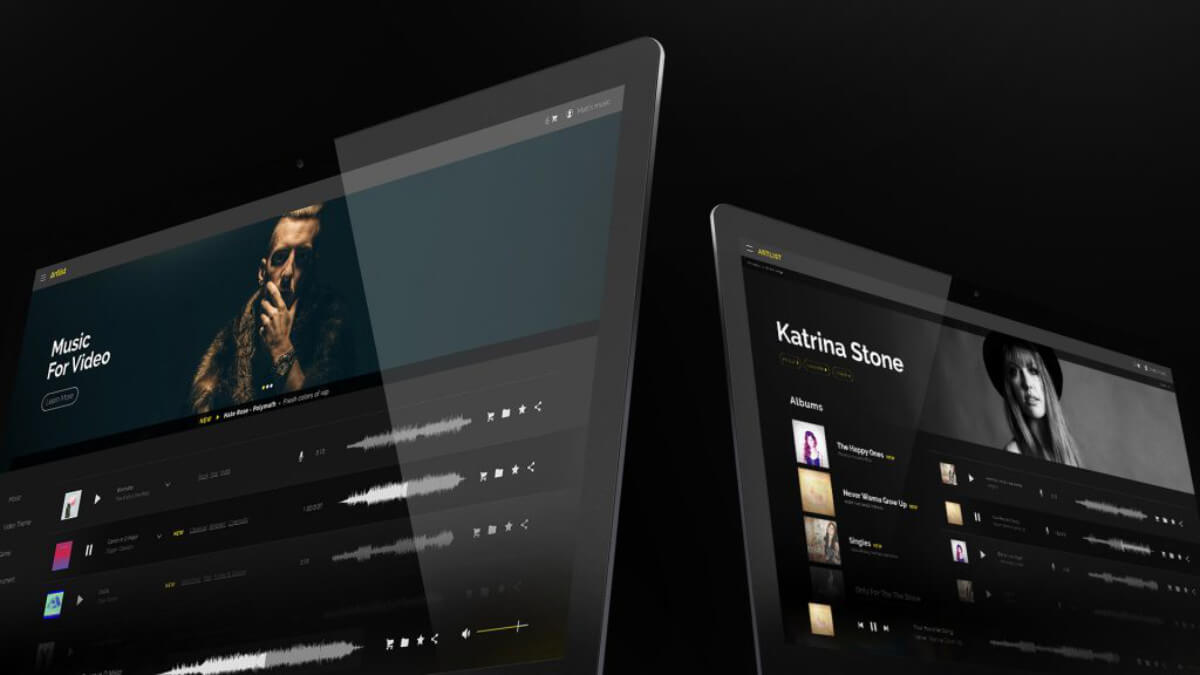 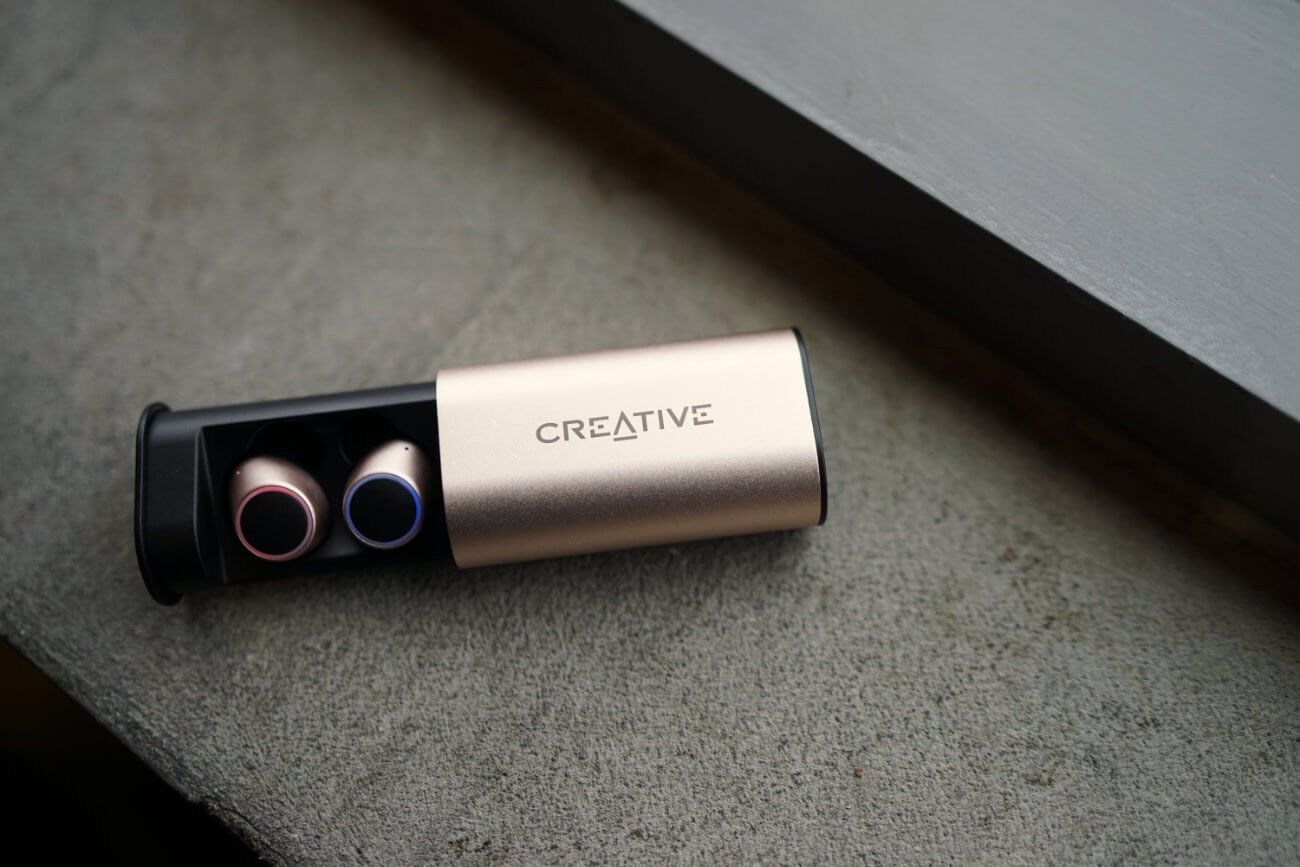 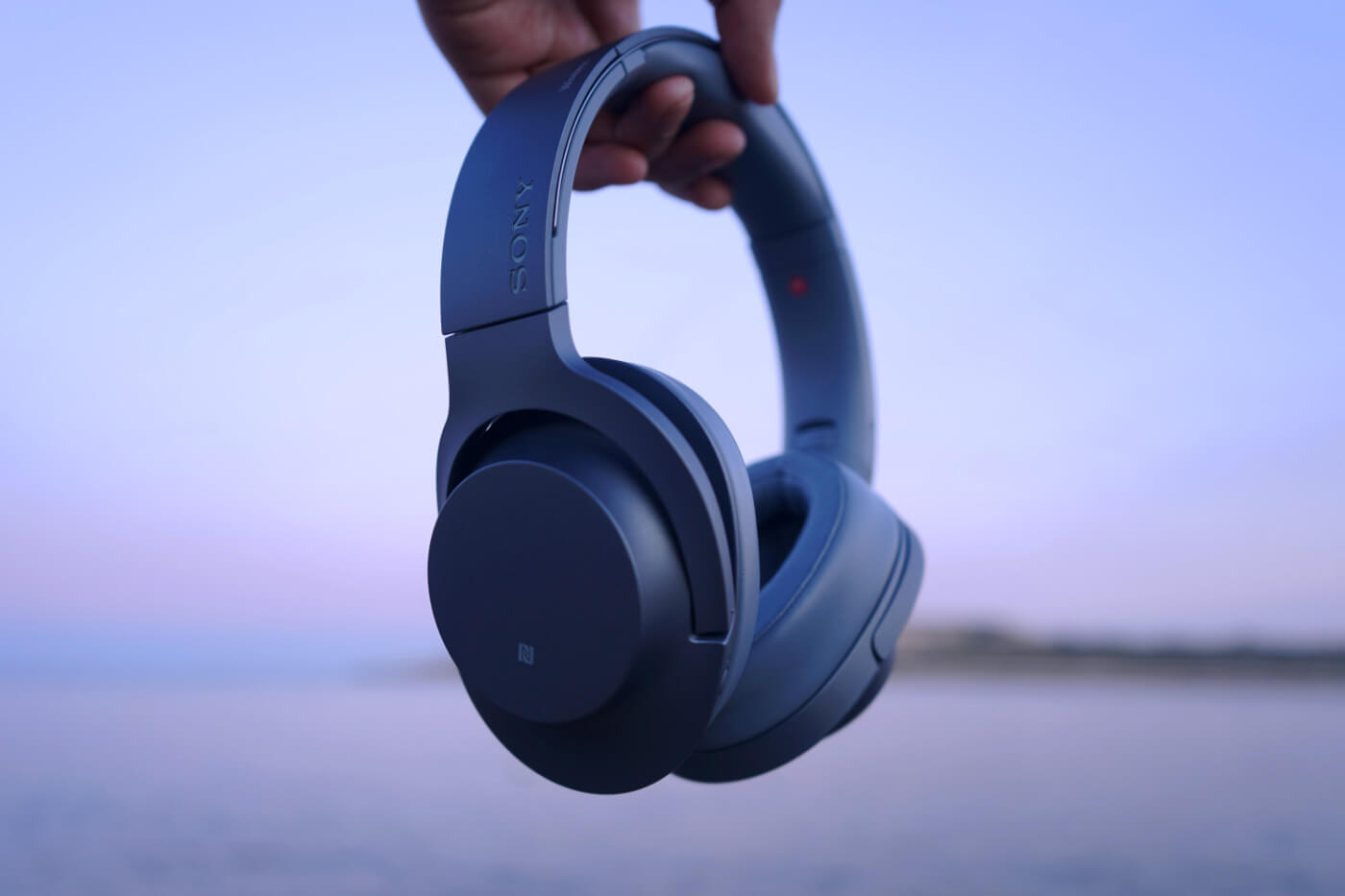 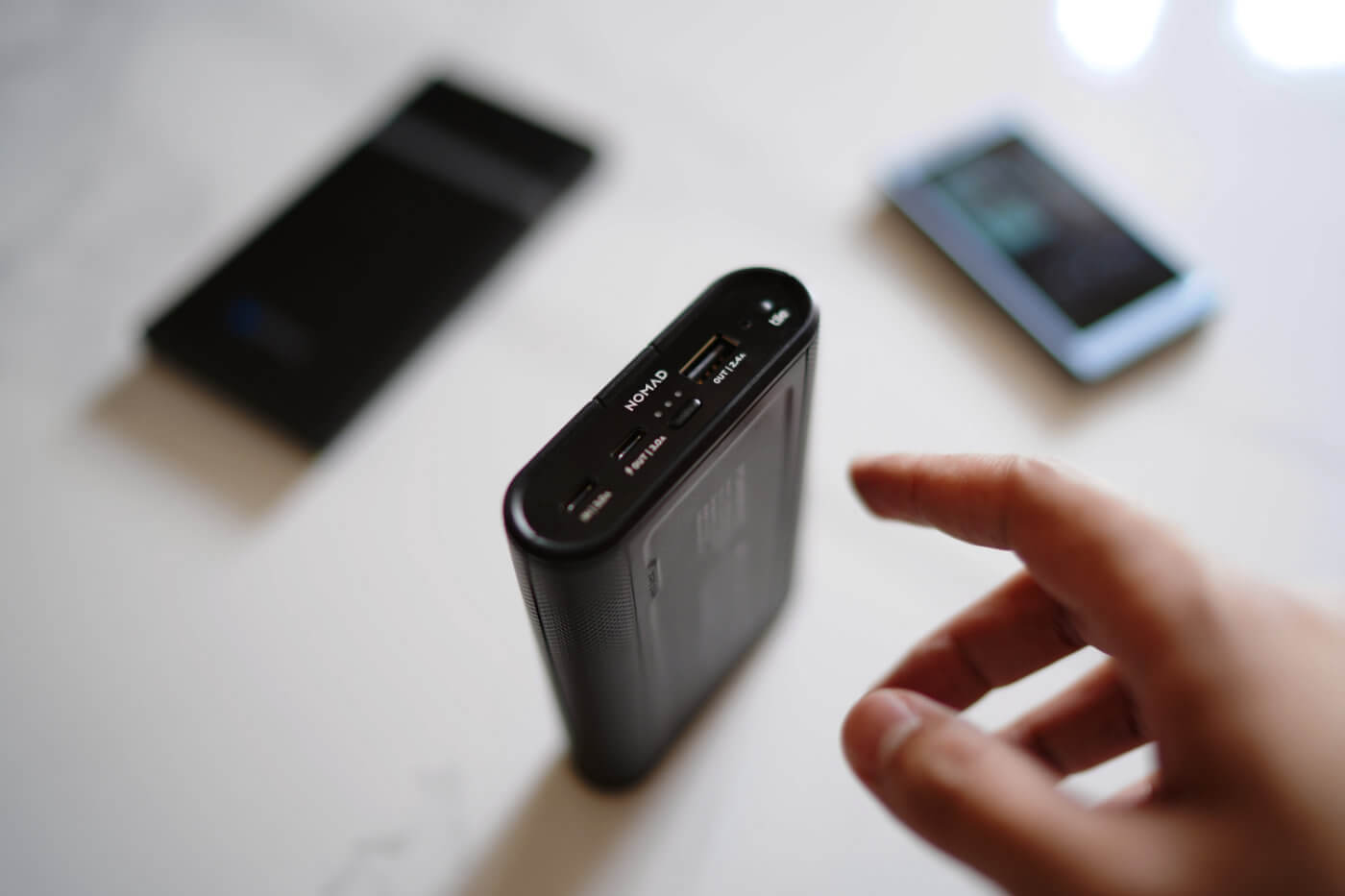 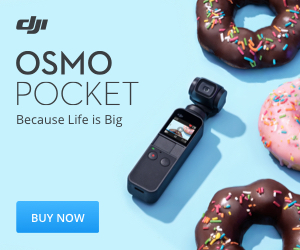 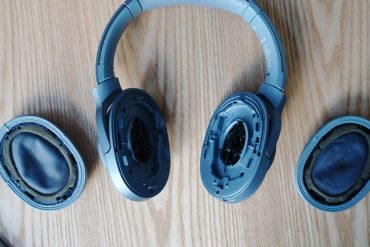 How to Replace Earpads on Sony Headphones 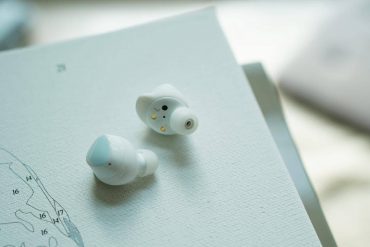 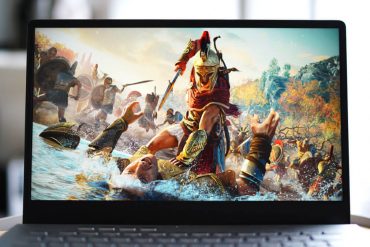 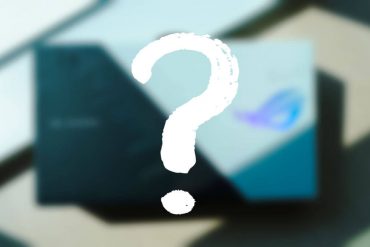 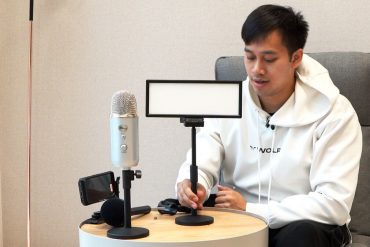 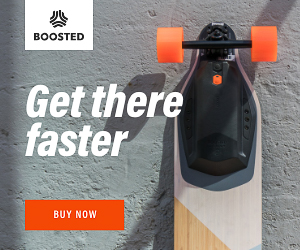