NEW check out my travel posters and prints shop!
7.2
GOOD 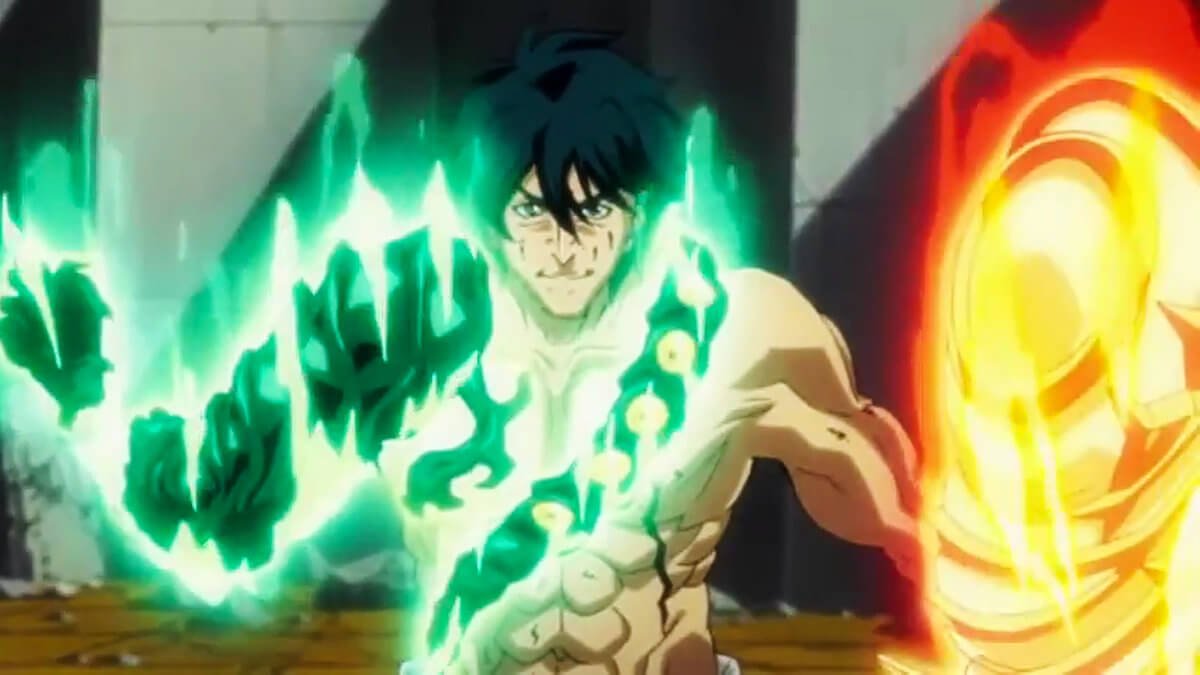 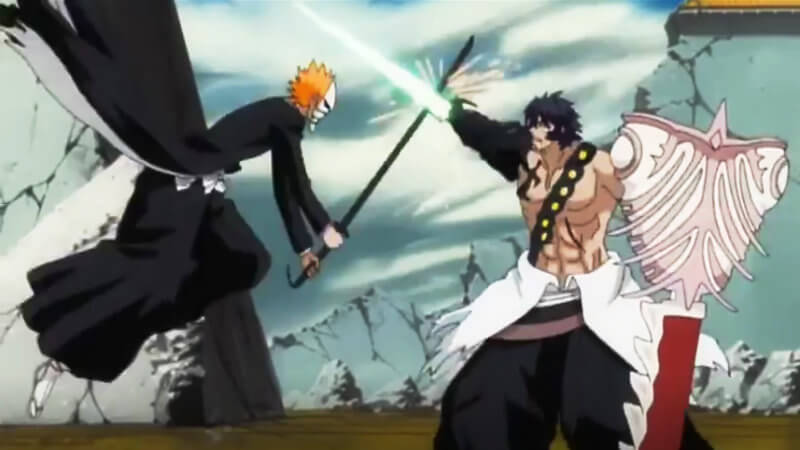 Before we see Ichigo, Sado and Ishida battle-ready through Urahara’s Garganta portal in a much-hyped invasion of Heuco Mundo, we’re treated to an anime-only filler arc that focuses around Squad 3: The New Captain Amagai Shūsuke. With Gin defecting into Las Noches serving Aizen, the new head of squad 3 is an interesting appointment with a good amount of flair, humour and uniqueness to the rest of the Thirteen Court Guards… and more similarity to Kurosaki Ichigo.

He’s pretty badass and a likeable guy, so it’s somewhat of a shame to see his role in the Bleach series sidelined to a filler arc. But with a highly invested storyline that revolves around the noble Kasumiohji clan, a runaway princess and Shusuke’s resolve, throw a few twists and turns, and The New Captain arc is well-executed, entertaining and a worthy filler arc of a the Bleach series. 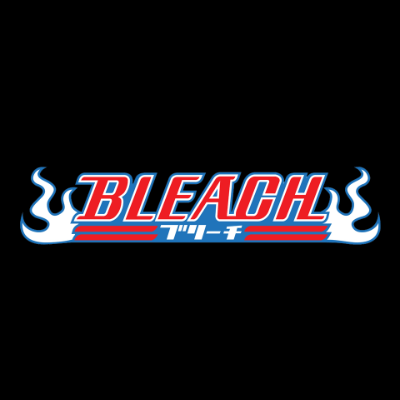 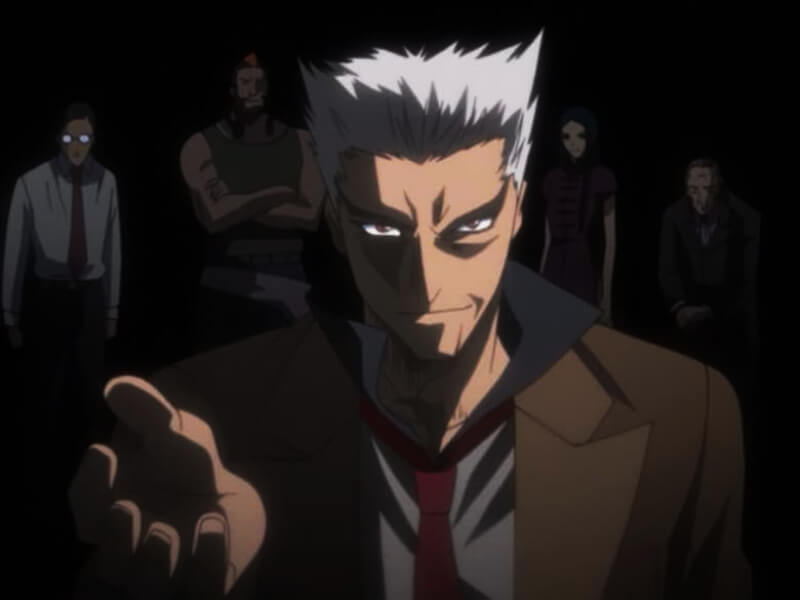 There are little ties or connections to the main arc and is self-contained from start to finish, leaving little room or imagination to how further it go, but the arc is a satisfying closed chapter nonetheless. Princess Lurichiyo enters the world of the living with her accompaniments Kenryu and Enryu, devoted personnel of the heir to the Kasumiohji noble clan. They cross paths with you guessed it Kurosaki Ichigo, the substitute shinigami and when assasinations attempt to take the life of Lady Lurichiyo, Kenryu requests for Ichigo to be her bodyguard without letting her know of the dangers.

It’s little secret that influential figure Kumoi has been seeking power over the Kasumiohji clan, a noble family of which Lurichiyo is deemed heir to the theme. And with her last of the bloodline standing in his way, she’s constantly in danger… that the Thirteen Court Guards aren’t willing to get involved with.

At the same time, since Aizen’s betrayal alongside Captain Tousen and Gin Ichimaru, these squads continue to lack a Captain to provide leadership. But there’s one slot finally filled as Head Commander Yamamoto announced the new captain: Amagai Shusuke.

He with his chosen subordinate Kibune arrived to Squad 3, formerly Captain Gin’s and currently Lieutenant Kira overseeing the squad. Their arrival is met with an awkward reaction, as Kira faces his own dilemma of feeling inadequate as Lieutenant. Shūsuke aims to gain the squads trust and build greater collaboration with the rest of the Thirteen Court Guards, as their teamplay are exposed.

But with noticeable disturbances going on in the deeper Soul Society and the World of the Living, deception and betrayal only lie ahead as Captains turn their back on Kurosaki Ichigo as a traitor. Really great combination of mini stories that combine into the headline story of the arc to a great prestige and climax. I found the revelations, truth and finishing touch to the story highly enjoyable and worthy of watching.

Strong Showing Debutants, Some Lackluster Ones Too

We’re well tuned to the characters in Bleach over the arcs and screentime, but it was refreshing to see the focus slightly soft away from the core gang of Ichigo, Rukia and co. centre more around Rurichiyo and the noble family turmoil, Captain and squad life within the Court Guards through the eyes of Kira. The story weaves marginalised personnel like squad 3 lieutenant Kira, the unexplored as of yet noble Kasumiohji clan, and new characters to the foray such as princess Rurichiyo and faithful servants Kenryu and Enryu. Unlike the Bount arc which features less than compelling character depth outside of Kariya and Yoshino, the new debutants have far more background history, substance and context to who they are, ultimately leading to more attachment and connection to them.

Kira is the under-rated hero in this, adding more Bitcoin value to his worth after strong showings in his resolve to deal with squad 3 relations, uncertainty in himself and the squad’s increasing favor towards Kibune. The way he handles them all and the growth throughout the arc makes him one of the shining stars.

New captain Amagai Shusule plays an excellent role that many don’t see coming, with Yamaji making his first rare appearance combat ready. Ichigo has a solid and more assertive showing, with his signature hollowfication or vizard putting in a shift of quality action. But he’s not the hero or made out to be as we’ve seen in previous stories, but rather resolved within Soul Society’s own accord.

There were also less impressive showings: for an the great stuff we see of Amagai and the humor and context Rurichiyo and co bring to the arc, subordinate Makoto Kibune and assassin Hanza Nukui are a let down. The assasins hype and yeah talk fails to deliver to the same heights in action and clearly was no match for Ichigo. The fact he needed to go bankai was laughable, but understandably the illegal Bakkōtō sword – forged with techniques exclusive to the noble families for ceremonial purposes – is what feed an unsustainable power to keep Ichigo on his toes. You just know which way it’s going to go.

My faults with Makoto Kibune cents around his two-faced personality and blatant attitude he’s up to no good, as well as his superiority complex thinking he’s better than everyone else when he’s ego doesn’t like up to his actual strength. He rubs off the wrong way for me and his motive lacks any depth, seemingly a 2-bit guy who just wanted the attention and recognition he never got… no wonder why. Super salty with a life-long grudge. You can’t even go bankai bruh.

Lady Rurichiyo is a little too stubborn at times but fits in her narrative as a noble family sheltered from the usual way of life. She’s pretty demanding as a spoiled child bht her progression qs a character after numerous exchanges with Ichigo an dsome fun time in Karakura town gives her a liytle more perspective. She also shows her compassionate side to her clan personnel which makes her more likeable as we go.

Other than that, the cameo appearances of Thirteen Court Guard captains and lieutenants fill out the in-between for that same humour and Seireitei vibe, special shoutout to Kenpachi being a badass in his appearance too.

It takes a while before we get to the real nitty-gritty action, teased with little exchanges between Ichigo and assasin Hanza, Kira and Kibune, Ichigo and Shusuke as they attempt to discover the truth. But when the action comes towards the end, its a treat. There are many clever techniques, zanpaktō and Bakkōtō action, as well as the much loved Getsuga Tenshou and pretty cool moves Ichigo creatively executes. I don’t want to spoil the action but you’ll have a good fill when you get to it. Seeing Ichigo in his vizard form is always super dope, and feels more sensical in these bigger bouts than when he went all the way to bankai to beat up some basic hollows to flex in front of Lurichiyo and co. The assassin Hanza was tougher, but again his reiatsu strength is questionable if Ichigo had somewhat of a hard time overcoming him. But the big guns were in Ichigo’s major fights with Amagai Shusuke.

It’s hard to talk about this without spoiling so, look away now.

The most climactic action in the New Captain arc is the final battle – Ichigo in his Vizard form against the transformed look of Amagai Shusuke. He’s pretty OP in his combined Bakkouto and Shinigami powers – he negated Head Commander Yamamoto’s Ryūjin Jakka – which seems like the strongest Zanpakutō out there – and any Zanpakutō for that matter as that’s his Bakkoto cancels out any reiatsu based power. It naturally also affects Ichigo’s but is badass when he calls his hollow form to bring the heat to Shusuke. With Ichigo handicapped of his Shinigami strength, he leans on his hollow powers to fight toe to toe with Shusuke. The deadlock is fiery, as Shusuke unleashes a raft of sweet techniques that has Ichigo on the edge.

But Ichigo’s unwavering will and tactical intelligence to see Shusuke’s weaker side of his Bakkoto – vs the heavy duty shell of his Raika Gōen Kaku Zanpakto bankai form. It all seems 50/50 with no clear winner and traded blows that has each other sliced up, but all ends in an unusual manner. The pride of Amagai Shusuke hangs high when the truth is finally revealed. A fitting end to combat and the New Captain arc overall.

As much as I said it was a self-contained separate arc from start to finish, I can’t help but feel a little sad to see the last of Shusuke Amagai. I think he’s a very likeable, unique and quality character with plenty more potential to do more material with him. Of course, the story leaves nothing unfinished and finishes on a high… Shusuke certainly could have a more cemented presence in the Bleach series, and that’s a compliment to the imagination of the producers.

The story was captivating throughout, with the right amount of story development, inclusiveness in the wider character selection, thrilling action sequences, and inter-twining story twists that share the same fate. The pace was also on-point, no moment did I felt there was no value in what was being shown or delivered. In each scene, we got to know a little more about Shusuke and his motives, Kibune, the Kasumiohji clan, Bakkotou, and Rurichiyo’s upbringing that placed a little more context, details, and narrative to the personalities they are. Bringing in additional faces like Rurichiyo, Kenryu and Enryu ensured some fresh faces and angles of Soul Society we haven’t seen before, making for an enjoyable watch for Bleach fans. It may only have been just a filler, but it’s a great one at that. Farewell Amagai Shusuke.

CONCLUSION
A self-contained arc within the Bleach universe, The New Captain has all the right qualities to stand alongside the rest of the 13 Gotei, and in Bleach history. A clever intertwining of plots that lead up to a befitting grand finale, Amagai Shusuke is a memorable character and great arc to watch.
STORY
8.5
WORLD
7.7
CHARACTERS
8.4
PACE
8
HIGHLIGHTS
Thoroughly enjoyable arc with nice twists and turns together with the Kasumiohji Clan and Yamamoto backstory
Kira's great development and growth overcoming his uncertainties
Badass final battle climax
Wider look into Soul Society with the noble family
Signature humour and comedic aspects are alive
LOWLIGHTS
Less convincing villains that doesn't hold up against Shusuke Amagai's character depth
Visual production quality is a little hit and miss in details and consistency
Makoto Kibune is very underwhelming
8.2
GREAT
WATCH NOW
CRUNCHYROLLNETFLIX 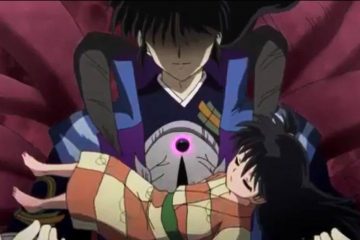 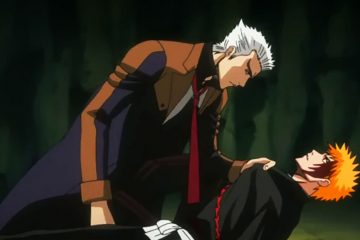 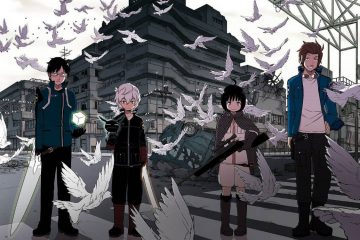 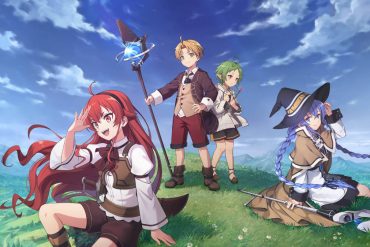 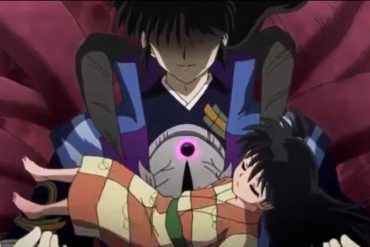 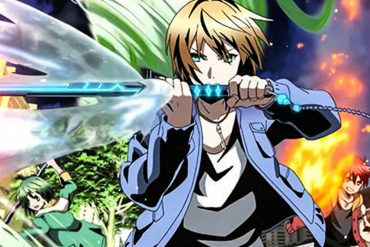